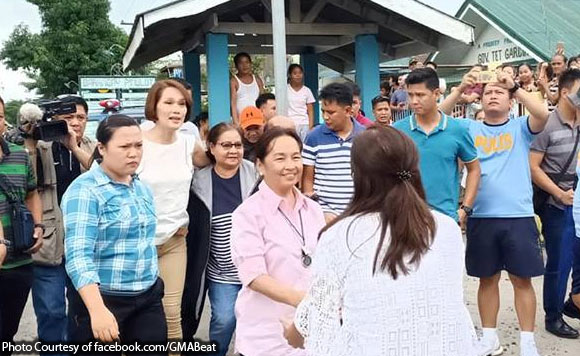 Former President and Speaker Gloria Macapagal-Arroyo has said that the other districts in other provinces are now part of her responsibility also.

Arroyo made the statement when she visited Friday, July 27, Bataan where she extended assistance to the residents affected by the recent typhoons.

Roman, along with other local officials, welcomed Arroyo in Dinalupihan.

Politiko would love to hear your views on this...
Spread the love
Tags: Bataan, Dinalupihan, Geraldine Roman, provinces, responsibility, Speaker Gloria Macapagal-Arroyo
Disclaimer:
The comments posted on this site do not necessarily represent or reflect the views of management and owner of POLITICS.com.ph. We reserve the right to exclude comments that we deem to be inconsistent with our editorial standards.