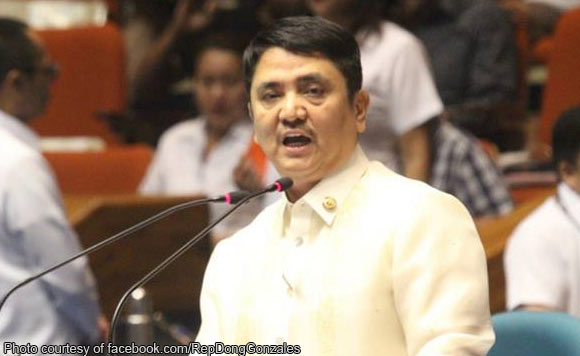 Pampanga Rep. Aurelio Gonzales Jr. has filed Resolution of Both Houses no. 7 urging the Senate and the House of Representatives to convene into a Constituent Assembly (Con-Ass) to amend the term of office of President and other elective officials.

Under Gonzales’s proposal, the President will be given a five-year term instead of the current six years. However, the incumbent president can run for one re-election.

“A six-year tenure is too short for a good President, especially if he is confronted with a crippling crisis like the Covid-19 pandemic, which continues to wreak havoc on our health and economy and whose end is not yet in sight. It may take more than one presidency before the nation can fully recover from this catastrophe,” said Gonzales.

“On the other hand, if we do not like the way the President is governing, we can vote him out of office a year earlier if his term of office is five years,” Gonzales added.

Under RBH 7, the Vice President would also have a term of five years with one reelection.

During the election, a vote for the President would also be the vote for his vice-presidential running mate.

“This would strengthen the political party system and ensure that the top two officials of the land are one in leading the nation,” Gonzales added.

For members of the House of Representatives and local government units, Gonzales said they will likewise be given a five-year term but will be allowed to run for one reelection, instead of the present three years with two reelections.

“A three-year tenure is too short for a representative. On his first year, he tends to be on a learning curve in terms of legislative and constituency duties, with much of his work happening on his second year. A large part of his third year is spent on reelection-related activities,” he said.

This is true as well with a governor or city or town mayor, he said.

RBH 7 would not affect senators and barangay officials, who would continue to have six years and five years, respectively.

Gonzales, who is running unopposed in his district for his last term, said the present terms office of elective officials were fixed by framers of the 1987 Constitution in reaction to martial law-era excesses.

“These have been with us for 34 long years. It may now be time to modify them to strengthen our political system and hasten national and local development,” he said.

He said a constituent assembly is a faster and less costly way of amending the Constitution.

Politiko would love to hear your views on this...
Spread the love
Tags: Aurelio Gonzales Jr., Constituent Assembly, Pampanga, Resolution of Both Houses
Disclaimer:
The comments posted on this site do not necessarily represent or reflect the views of management and owner of POLITICS.com.ph. We reserve the right to exclude comments that we deem to be inconsistent with our editorial standards.