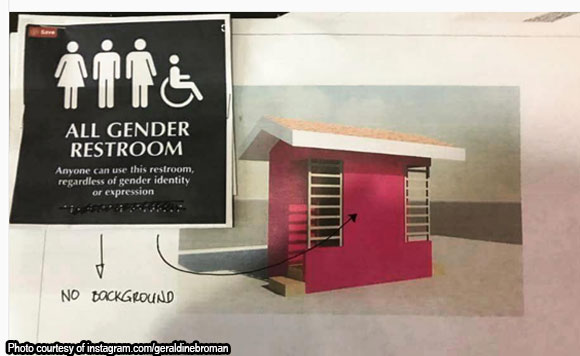 Even little things can be a victory!

The bathroom is located at Barangay 55A, Vira, Laoag.

The politiko took to Instagram to thank those who made this possible. The said

Politiko would love to hear your views on this...
Post Views: 1
Spread the love
Tags: #GenderNeutral, ABC Mikee Fariñas, Barangay 55A, Bataan 1st District Representative Geraldine Roman, City Administrator John Michael Fariñas, City Government of Laoag City, Ilocos Norte, Laoag, Mayor Chevylle, Vira
Disclaimer:
The comments posted on this site do not necessarily represent or reflect the views of management and owner of POLITICS.com.ph. We reserve the right to exclude comments that we deem to be inconsistent with our editorial standards.