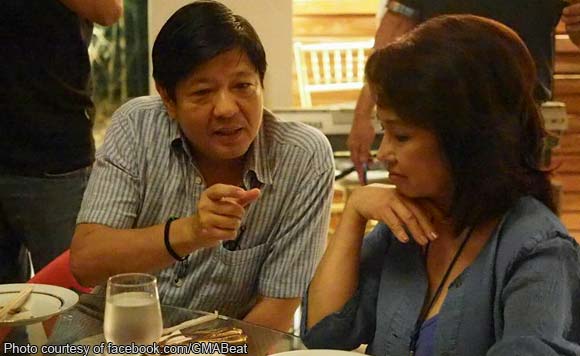 The former president was the special guest during the get-together event of the Alyansang Duterte Bongbong, the group that had campaign for President Rodrigo Duterte and defeated vice presidential bet Ferdinand “Bongbong” Marcos Jr. during the 2016 polls.

During the event, Arroyo was pictured with Marcos, who seem to be quite close to the veteran politiko herself.
Grabe namang powerhouse combo ‘yan!

Politiko would love to hear your views on this...
Spread the love
Tags: Alyansang Duterte Bongbong, Ferdinand "Bongbong" Marcos Jr., Pampanga 2nd District, president Rodrigo Duterte, Representative Gloria Macapagal-Arroyo
Disclaimer:
The comments posted on this site do not necessarily represent or reflect the views of management and owner of POLITICS.com.ph. We reserve the right to exclude comments that we deem to be inconsistent with our editorial standards.