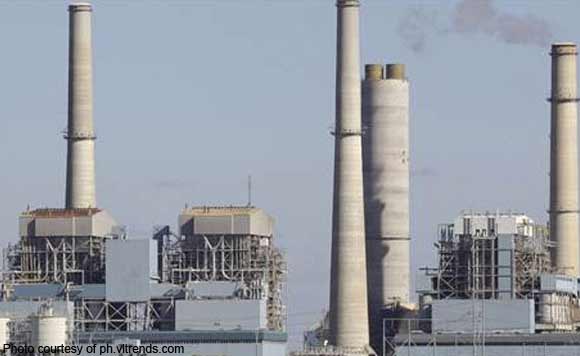 Results of the most recent government mandated testing showed Unit-1 of the Limay Plant consistently produced low levels of sulphur oxide, nitrogen oxide, carbon monoxide, and particulate matter.  Sulphur Oxide was only at 41 parts per million (ppm), compared to the 245 ppm limit set by the Department of Environment and Natural Resources, and the 700 ppm limit set by the World Bank.

Nitrogen Oxide was at only 92 ppm, against the DENR’s 365 ppm limit and the WB’s 487 ppm threshold.  Carbon Monoxide was at a mere 4 ppm during the latest testing. The DENR limit is 400 ppm, while the WB does not set any.

The Limay plant registered just 0.8 percent in opacity or clearness of air, with dust at only 2.4 milligrams per cubic meter (mg/Nm3), below the World Bank standard for particulate matters of 50 mg/Nm3 and the DENR’s 150 mg/Nm3.

While the use of coal has been usually associated with high levels of pollution, SMC president and chief operating officer Ramon S. Ang said use of modern facilities and technology have enabled the company to cut down pollution levels in the process of utilizing coal as an energy source.

“When people say coal power plant, they immediately associate it with high levels of pollution. But coal remains the most affordable and accessible fuel source today. As such, using it is key to sustaining our country’s power security and keeping the price of electricity down, for the present,” he said.

“These results are way, way below our government standards and even World Bank standards,” Ang added.

SMC has been able to keep pollution levels down by producing energy from coal through the highly efficient and cleaner “circulated fluidized bed” or CFB technology.

Unlike the old, conventional system where coal was burned in high temperatures to produce steam to generate power, CFB technology utilizes a process of “fluidization”, where fuel—coal or other biomass fuels–is mixed with limestone, which acts as an absorber of some 95 percent of sulphurpollutants.

CFB also results in lower nitrogen oxide output since it involves low heat. In addition, the fuels and limestone can be recycled and used multiple times in the operation.

SMC’s plant in Malita, Davao also yielded low emission results while Unit-2 of the Limay Plant is still being test-run on diesel and will be operational by the second quarter of this year.

DENR has aborted its plan to issue a cease-and-desist order on Limay power plant after finding out that complaints regarding skin allergies supposedly caused by the so-called “coal ash” were baseless since the facility was being test-run on diesel at that time and was not yet using coal.

Dust that was observed was limestone dust, which the DENR certified as non-toxic.

Earlier this month, SMC said that it was looking to partner with Asian firms to set up a renewable energy venture to further diversify its power generation portfolio, which also includes hydropower and natural gas.

Politiko would love to hear your views on this...
Post Views: 3
Spread the love
Tags: Bataan, DENR, Limay, San Miguel Corporation's coal plant, World Bank standard
Disclaimer:
The comments posted on this site do not necessarily represent or reflect the views of management and owner of POLITICS.com.ph. We reserve the right to exclude comments that we deem to be inconsistent with our editorial standards.