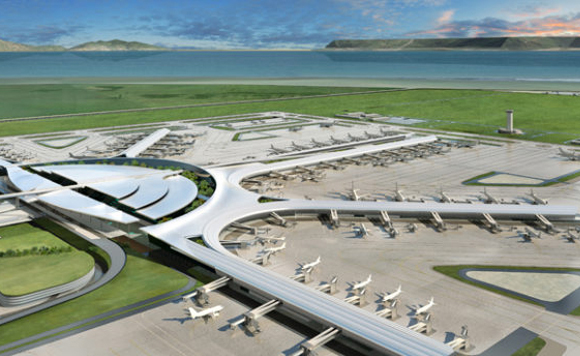 San Miguel Corp. (SMC) has rolled out a new community-based training program for former residents of Barangay Taliptip in Bulakan, Bulacan, which aims to boost the local seafood industry.

The project is seen to provide additional livelihood opportunities for Bulakan residents who were relocated from the future site of the New Manila International Airport project.

According to a report by the Philippine News Agency, part of the master plan for the airport project is to transform the host province Bulacan into a “seafood capital” of the Philippines.

The program teaches relocatees seafood processing techniques to allow them to maximize their income potential and help further develop the local industry, the report said.

The courses include bangus deboning, tinapa-making, boneless tilapia and lumpia shanghai making, as well as bangus and shrimp fry production.

“This is an industry that many of our Taliptip families are quite familiar with, because many of them used to work at fishponds. But we wanted to teach them new ways to maximize their income. And that is to turn seafood into value-added products,” SMC president Ramon Ang was quoted as saying in the report.

“Today, most of the major fish ports and seafood industries are located in nearby areas like Navotas, Malabon. But Bulacan can be like them too. This community project is a small start. Initially, residents aim to just cater to the local market and their local establishments. But if more residents and locals really go into, it can become their major local industry,” he added.

So far, some 44 participants have benefitted from the first two batches of seafood processing courses, the report said.

Politiko would love to hear your views on this...
Post Views: 52
Spread the love
Tags: Bulacan, San Miguel Corp. (SMC), seafood industry
Disclaimer:
The comments posted on this site do not necessarily represent or reflect the views of management and owner of POLITICS.com.ph. We reserve the right to exclude comments that we deem to be inconsistent with our editorial standards.