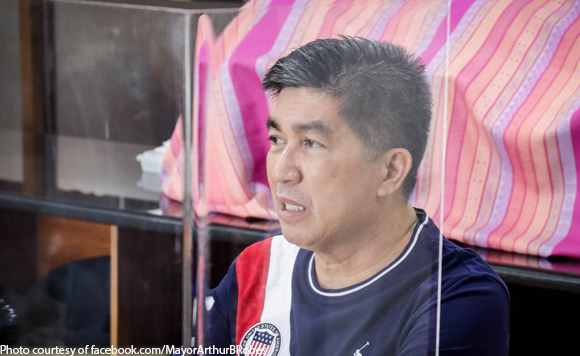 San Jose Del Monte City will earmark P100 million of its P2.4 billion budget in 2021 for the purchase of Covid-19 shots, according to Mayor Arthur Robes.

In an interview with the Philippine Information Agency, the mayor said the city government was targeting an initial 50,000 doses to be administered to priority sectors from the city’s 1.2 million population.

Robes said the vaccines should arrive in March, adding that the inoculation program would start shortly afterward.

Those high on the priority for vaccination are senior citizens, city employees, front-liners including police officers, doctors, nurses, barangay health workers and barangay officials, he said.

Politiko would love to hear your views on this...
Post Views: 9
Spread the love
Tags: Mayor Arthur Robes, Philippine Information Agency, San Jose del Monte City, vaccines
Disclaimer:
The comments posted on this site do not necessarily represent or reflect the views of management and owner of POLITICS.com.ph. We reserve the right to exclude comments that we deem to be inconsistent with our editorial standards.