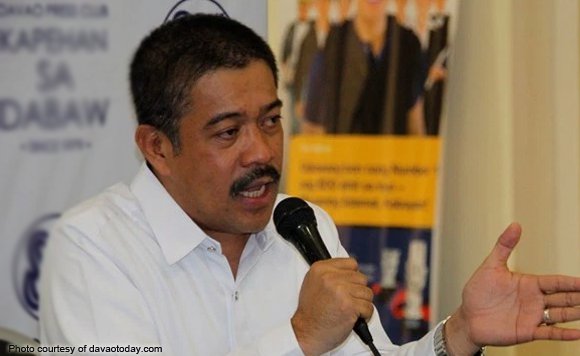 In the same vein, the politiko also called the clan’s move as a “slap on the face” of the victims of human rights violations during martial law, as well as an “outright insult” to the Supreme Court, which has yet to bring finality to its decision.

In a similar move, Kabataan Partylist Rep. Sarah Elago said that the secretive manner in which the burial was held “speaks volumes of how far the Marcoses are willing to go just to change the course of history.”

“The sneak burial of the late dictator – a plunderer, a human rights violator of the highest order – is a grave travesty against the Filipino people. This will not result in the healing of the nation, this secret burial will go down in history as one of the most traitorous moves meant to subvert the judgment of history,” the politiko added.

“This secret burial speaks volumes of how, on one hand, the Marcos family is fearful of the wrath of the Filipino people, and on the other hand, the lengths in which authorities are willing to go just to change the course of history,” Elago stressed.

Politiko would love to hear your views on this...
Post Views: 0
Spread the love
Tags: Bayan Muna Partylist, Carlos Isagani Zarate, Ferdinand E. Marcos, Filipino, Fort Bonifacio, Kabataan Partylist, Libingan ng mga Bayani, Sarah Elago, Taguig City
Disclaimer:
The comments posted on this site do not necessarily represent or reflect the views of management and owner of POLITICS.com.ph. We reserve the right to exclude comments that we deem to be inconsistent with our editorial standards.