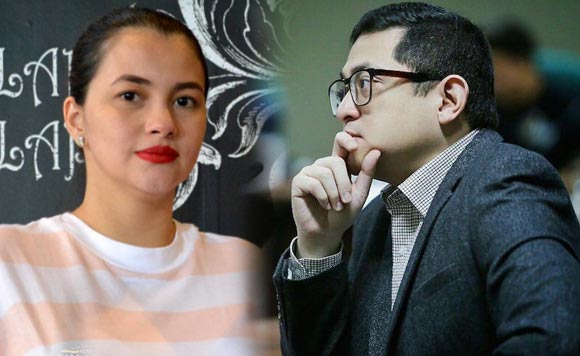 The daughter-in-law of former senator Lito Lapid has called out Senator Paolo Benigno “Bam” Aquino for sneering at his inclusion in the list of politikos who will most likely win the 2019 senatorial elections.

Former actress Tanya Garcia, wife of Lapid’s son Mark, blew her top after Aquino said some of those who were included in the so-called “Magic 12” of the Social Weather Stations survey on the 2019 polls were not deserving.

Garcia said she found it “laughable” that Aquino would comment on Lapid’s inclusion in the winning circle of senatorial candidates because he and other members of the Liberal Party liked to criticize the former senator when he was still in office.

Garcia advised Aquino, who won on the back of his popular surname and likeness to former senator Benigno Aquino Jr., to shut up.

“P.S. if you claim you respect the results of the survey, dapat wala ng ‘kaya lang….’ if you really claim you respect it, you’d keep your mouth shut,” she said, adding that her father-in-law hasn’t made up his mind about any political plans for 2019.

Politiko would love to hear your views on this...
Spread the love
Tags: 2019 senatorial elections, ABS-CBN teleserye "Ang Probinsyano, Former actress Tanya Garcia, former Senator Benigno Aquino Jr, former Senator Lito Lapid, Liberal Party, politikos, Senator Paolo Benigno "Bam" Aquino, Social Weather Stations survey
Disclaimer:
The comments posted on this site do not necessarily represent or reflect the views of management and owner of POLITICS.com.ph. We reserve the right to exclude comments that we deem to be inconsistent with our editorial standards.