SGMA wants to speed up land titling in Manggahan Floodway 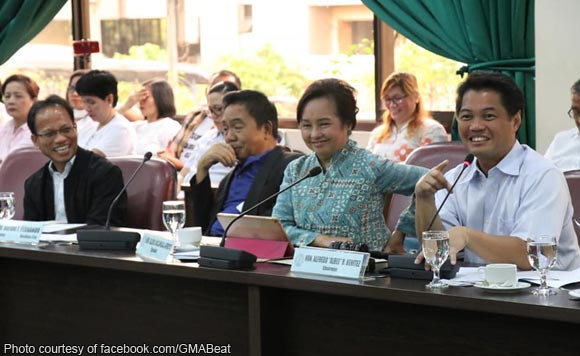 This time, the Pampanga representative wants to speed up land titling of 71-hectare Manggahan Floodway in Taytay, Rizal as part of a socialized housing project.

Negros Occidental 3rd District Rep. Alfredo Benitez, chair of the House Committee on Housing and Urban Development, had recently started the discussion on Arroyo’s House Bill No. 8255, which would mandate the National Housing Authority to expedite the land titling.

Once passed, Arroyo’s camp said around 6,000 families could finally have their own homes after 25 years of waiting.

Will the congresswoman succeed this time?

Politiko would love to hear your views on this...
Post Views: 7
Spread the love
Tags: House Committee on Housing and Urban Development, House Speaker Gloria Macapagal-Arroyo, Manggahan Floodway, Pampanga, Rep. Alfredo Benitez, Rizal, Taytay
Disclaimer:
The comments posted on this site do not necessarily represent or reflect the views of management and owner of POLITICS.com.ph. We reserve the right to exclude comments that we deem to be inconsistent with our editorial standards.