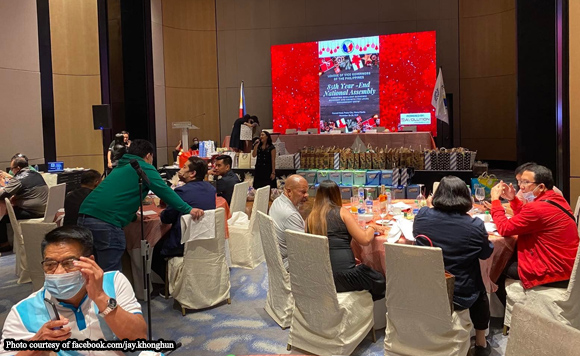 The politiko posted a series of photos taken during the event and wrote his heartfelt caption.

“League of Vice Governors of the Philippines 85th Year End Assembly..My Last…Thank you so much for the Friendship and Camaraderie,” he said.

Politiko would love to hear your views on this...
Spread the love
Tags: Jay Khonghun, League of Vice Governors Year-end Assembly, Zambales
Disclaimer:
The comments posted on this site do not necessarily represent or reflect the views of management and owner of POLITICS.com.ph. We reserve the right to exclude comments that we deem to be inconsistent with our editorial standards.