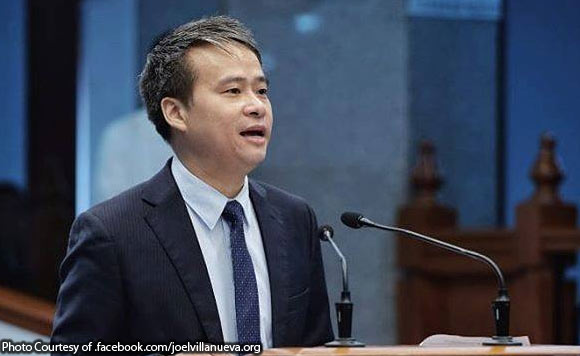 The Senate committee on labor, employment and human resources development is set to conduct an inquiry in aid of legislation on the violent dispersal of the workers and supporters of NutriAsia in Marilao, Bulacan recently.

Senator Joel Villanueva, chair of the committee, in an interview over dzBB Wednesday, said he was planning to hold the investigation by next week depending on the availability of the resource persons who would be invited.

In the probe, he said they want to highlight the possible causes of the “weaknesses” of the current regulatory framework.

Villanueva, a Bulakenyo, said NutriAsia seemed to be engaged in “labor-only contracting.”

The Department of Labor and Employment (DOLE) prohibits labor-only contracting.

Labor-only contracting refers to an arrangement where the contractor or subcontractor merely recruits, supplies or places workers to perform a job, work or service for a principal. The contractor has no substantial capital or investment in the form of tools, equipment, machineries, work premises, among others, and the workers recruited and placed by such person are directly related to the principal business of such employer; and the contractor does not exercise the right of control over the performance of the work of the employee.

In a separate interview by dzBB, Thelma Meneses, spokesperson of NutriAsia, denied that the company has been engaged in labor-only contracting.

According to reports, some 20 people were arrested and at least 30 people from the police and the protesters were injured in their clash that occurred at the picket line at the NutriAsia plant in Marilao Monday, July 30.

Villanueva said the inquiry would also help the Senate in crafting the security of tenure bill, including how to end “endo.”

In his third State of the Nation Address, President Rodrigo Duterte asked Congress to amend the Labor Code in order to put an end on labor contractualization.

Politiko would love to hear your views on this...
Spread the love
Tags: Bulacan, Department of Labor and Employment (DOLE), Marilao, NutriAsia, NutriAsia plant, president Rodrigo Duterte, Senate committee, Senator Joel Villanueva, State of the Nation Address
Disclaimer:
The comments posted on this site do not necessarily represent or reflect the views of management and owner of POLITICS.com.ph. We reserve the right to exclude comments that we deem to be inconsistent with our editorial standards.