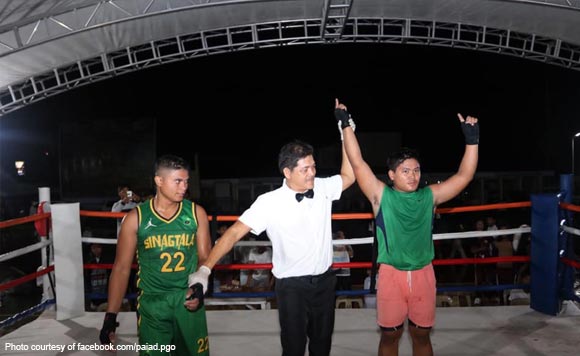 And let the match begin!

February 7 marked the 2nd and last day of the 1st Aurora Governor’s Cup Invitational Boxing Tournament. It was held at the Provincial Capitol Grounds, Baranggay Suklayin in Baler, Aurora. Many boxing fans flocked to the venue in order to watch a live match they’ve all been waiting for. Both camps had their supporters cheering for their win against the other. In the end, it all ended with a handshake in the spirit of camaraderie.

With the success of the event, it will be no surprise if this will be the first of many boxing tournaments in Aurora.

Posted by Jerry A. Noveras on Thursday, 6 February 2020

Politiko would love to hear your views on this...
Post Views: 1
Spread the love
Tags: Aurora, Baler, Baranggay Suklayin, boxing fans
Disclaimer:
The comments posted on this site do not necessarily represent or reflect the views of management and owner of POLITICS.com.ph. We reserve the right to exclude comments that we deem to be inconsistent with our editorial standards.