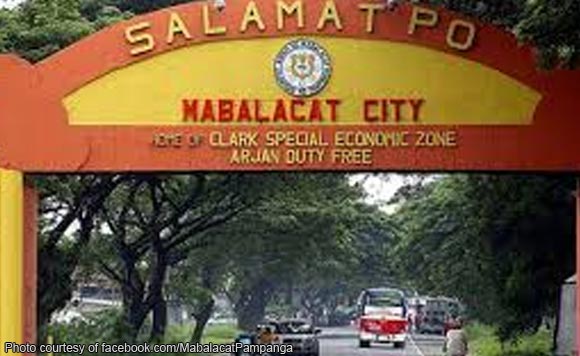 The mayorship of Crisostomo Garbo in Mabalacat City, Pampanga has been affirmed by the Supreme Court, the city information office said this week.

The ‘Mabalacat City News’ Facebook account said Wednesday that the Supreme Court has promulgated its decision on Jan. 15 this year, concurring with the ruling of the Commission on Elections to declare Garbo as the duly elected Mayor of Mabalacat City.

Garbo was installed in the mayoralty post in 2017 after the Commission on Elections found that Marino Morales, who was initially declared as winner of the May 2016 mayoralty race, had already exceeded the three-term limit. Morales was Mabalacat’s mayor in 2007-2010, 2010-2013, and 2013-2016.

Morales contended that his second-term was interrupted by the conversion of Mabalacat into a city from municipality in May 2012.

In the course of the legal battle, the duly elected vice mayor, Christian Halili, also expressed interest in the mayoralty post, citing the rule of succession.

Garbo, meanwhile, came second to Morales in the number of votes acquired during the mayoralty race in the May 2016 elections.

According to the decision penned by Senior Associate Justice Antonio Carpio, a previous ruling had already been issued by the Supreme Court “where we held that the conversion of a municipality into a city does not constitute an interruption of the incumbent official’s continuity of service.”

As to the rule on succession, the court said Halili’s basis , which is the Local Government Code, does not apply if the permanent vacancy was caused by one whose Certificate of Candidacy was void ab initio.

“In case of vacancies caused by those with void ab initio COCs, the person legally entitled to the vacant position would be the candidate who garnered the next highest number of votes among those eligible,” the decision said.

“In this case, it is Garbo who is legally entitled to the position of mayor… Thus, the COMELEC correctly proclaimed Garbo as mayor of Mabalacat City,” it added.

Garbo and Halili are running for Mayor of the city in the upcoming May elections, along with Glenn Joseph Tiongco.(END)

Politiko would love to hear your views on this...
Spread the love
Tags: Comelec, Crisostomo Garbo, Glenn Joseph Tiongco, Mabalacat City, Pampanga, Supreme Court
Disclaimer:
The comments posted on this site do not necessarily represent or reflect the views of management and owner of POLITICS.com.ph. We reserve the right to exclude comments that we deem to be inconsistent with our editorial standards.