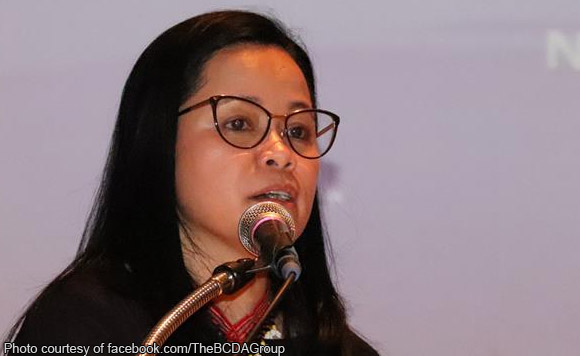 The Subic Bay Metropolitan Authority is taking full advantage of the P10.2 billion allotment it is getting under the national government’s Build Build Build program for the development of the freeport zone’s infrastructure through 2023, the agency said recently.

In a statement, SBMA Chair and Administrator Wilma Eisma said it is the first time

for SBMA to avail of national funding for infrastructure projects, and to receive a major investment for infrastructure rehabilitation and maintenance of basic facilities since the Americans left the former U.S. naval base in 1992.

“We feel justified (in getting this national funding) not only because of the scope, but also because we’d like to think that these projects are investments on the part of the government,” Eisma said.

“These projects are necessary for Subic to sustain its position as one of the biggest revenue contributors among the investment promotions agencies in the country today.”

Eisma disclosed that the agency has started to bid out “six major projects to set into motion the execution of a P530-million program to rehabilitate, upgrade and develop roads and other public facilities in the Subic Bay Freeport.”

The bulk of the six-year infrastructure program is allotted for seaport and airport development projects, road widening and extension projects, and the construction of an SBMA Corporate Center, all worth P3.8 billion.

The projects, encompassing roads, traffic controls, drainage, navigational buoys, bridge and overpass, among others, are scheduled based on the needs of Subic as a maritime logistics hub.

To complement the nationally-funded infrastructure program, the SBMA will also invest P781.8 million under its own capital expenditure program for a period of five years.

Politiko would love to hear your views on this...
Post Views: 0
Spread the love
Tags: administrator Wilma Eisma, Corporate Center, development, facilities, Freeport Zone, infrastructure, P10.2 billion, Subic Bay Metropolitan Authority
Disclaimer:
The comments posted on this site do not necessarily represent or reflect the views of management and owner of POLITICS.com.ph. We reserve the right to exclude comments that we deem to be inconsistent with our editorial standards.