SBMA honcho: Subic, Clark are not in competition 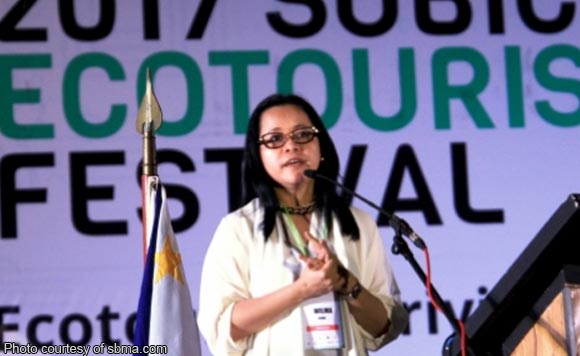 Subic Bay Metropolitan Authority (SBMA) Administrator Wilma Eisma said she has been tasked by the Board of Investments to promote the Region III as an investment and tourism hub.

Eisma said Subic seaport and Clark airport should complement each other for the development of the Central Luzon growth corridor.

“I would like to think that we are not in competition with Clark because we have our own strengths,” Eisma added.

“I’m sure that we are being helped immensely by the traffic in Manila because businessmen are actually losing money with that traffic. If they actually bring their goods in Subic, not only we are cheaper in terms of operation but the ease of doing business,” Eisma said.

Politiko would love to hear your views on this...
Spread the love
Tags: administrator Wilma Eisma, Central Luzon, Region III, Subic, Subic Bay Metropolitan Authority
Disclaimer:
The comments posted on this site do not necessarily represent or reflect the views of management and owner of POLITICS.com.ph. We reserve the right to exclude comments that we deem to be inconsistent with our editorial standards.