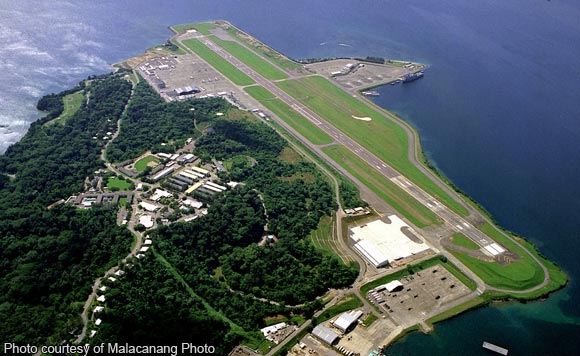 In an interview early this week on DZMM radio, Eisma said “everything is ready” at the Subic airport, including its communications and night operations capability.

“We are operational. We are ready to accept any aircraft,” Eisma said, citing a recent flight from Bangkok, Thailand that Subic airport accommodated after it was diverted from Clark airport in Pampanga.

She disclosed that SBMA had just signed a contract with a local company that will operate the maintenance repair operations of Gulf Stream for Asia.

The flying school of the Philippine Airlines will also transfer to Subic, she said.

Eisma added that discussions are underway for Royal Air to operate Subic-Macau-Subic flights “very soon,” with October as target.

SBMA is also working with the Department of Transportation “to get Subic airport as secondary airport for China Eastern Airlines,” she said.

“We hope to be accepting passenger flights soon.”

Politiko would love to hear your views on this...
Spread the love
Tags: administrator Wilma Eisma, Subic airport, Subic Bay Metropolitan Authority
Disclaimer:
The comments posted on this site do not necessarily represent or reflect the views of management and owner of POLITICS.com.ph. We reserve the right to exclude comments that we deem to be inconsistent with our editorial standards.