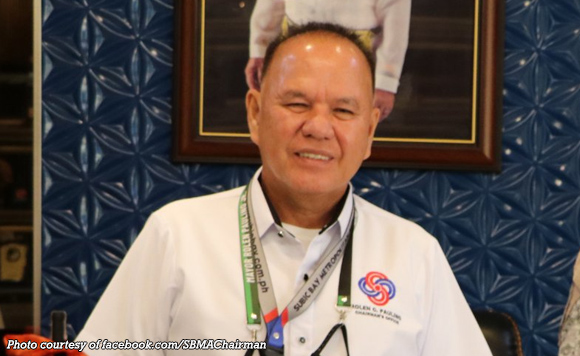 The chair of the Subic Bay Metropolitan Authority (SBMA) led the inspection of the location of the future Agila Subic facility at the Redondo Peninsula.

SBMA chair and administrator Rolen Paulino accompanied dignitaries and other members of delegation along with Olongapo City Mayor Rolen Paulino, and the Philippine Navy, during the site inspection.

According to Punto Central Luzon, one of the marching orders of President Rodrigo Duterte to Paulino was to “ensure a smooth transition of the company to the former Hanjin shipyard facility, and bring to fruition what the former administration of the agency had started.”

The first is Vectrus, which will be occupying most of the shipbuilding area of the facility, including the quays, while the second, the Philippine Navy, is currently occupying the former Hanjin administrative office, mess hall and its barracks.

Politiko would love to hear your views on this...
Spread the love
Tags: Agila Subic facility, SBMA
Disclaimer:
The comments posted on this site do not necessarily represent or reflect the views of management and owner of POLITICS.com.ph. We reserve the right to exclude comments that we deem to be inconsistent with our editorial standards.