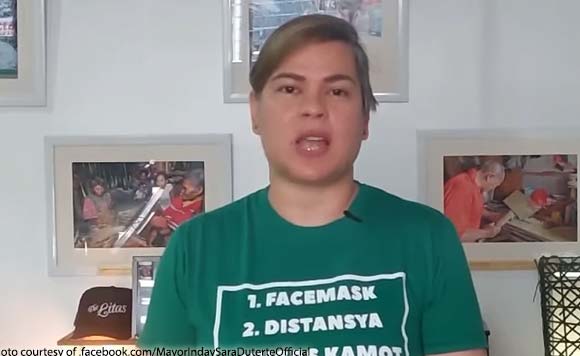 Davao City Mayor Sara Duterte was invited as the guest of honor and speaker at the 120th anniversary of the Police Regional Office (PRO)-Central Luzon on Monday.

Duterte-Carpio, in her message read by the regional police director, Brigadier General Valeriano De leon, “lauded the men and women of PRO-Central Luzon for continuously doing their jobs efficiently,” according to a Sun Star Pampanga report.

“Duterte-Carpio said all PNP personnel should reaffirm their commitment to police service and should keep on serving the Filipino people with unfaltering perseverance and devotion,” the report said.

Bulacan Governor Daniel Fernando was also in attendance as the keynote speaker during the event held at the PRO-Central Luzon grandstand.

Fernando said the PNP “has been a lasting partner of the government for peace, prosperity and security.”

He said that despite criticisms, the police organization “remains steadfast in fulfilling its mandated tasks of serving and protecting the communities.”

Politiko would love to hear your views on this...
Spread the love
Tags: Central Luzon, Cops, Sara Duterte
Disclaimer:
The comments posted on this site do not necessarily represent or reflect the views of management and owner of POLITICS.com.ph. We reserve the right to exclude comments that we deem to be inconsistent with our editorial standards.