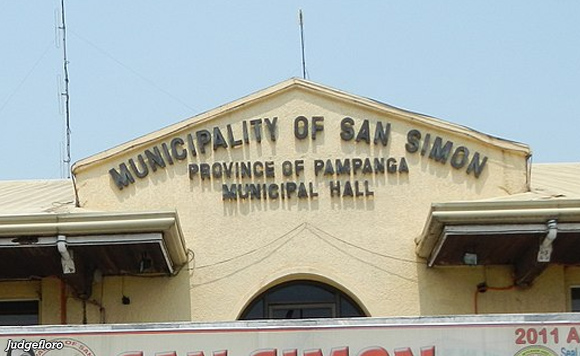 According to a Sun Star Pampanga report, the new building is located in front of the existing town hall along Mc-Arthur Hiway in Barangay San Agustin.

The mayor said the local government spent P18-million for the new building including some of the furniture installed.

Punsalan said the construction of the extension hall will provide a more conducive working and receiving area to employees and residents.

Aside from the Office of the Mayor, the new building is also housing the offices of Budget, Accounting and Treasury, and the Municipal Planning and Development Coordinator, among others.

Politiko would love to hear your views on this...
Spread the love
Tags: Mayor Abundio “JP” Punsalan, municipal hall, San Simon
Disclaimer:
The comments posted on this site do not necessarily represent or reflect the views of management and owner of POLITICS.com.ph. We reserve the right to exclude comments that we deem to be inconsistent with our editorial standards.