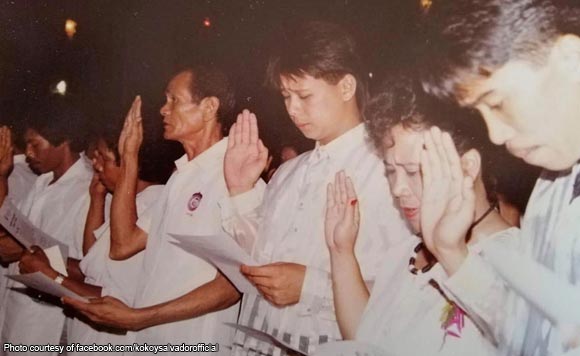 On the first day of Kokoy Salvador as Mayor of San Jose in Nueva Ecija, he felt a strong wave of nostalgia.

He shared highlights of his public service career via a Facebook post. It all started in 1989 when he served as baranggay kagawad and he would give his salary to help other baranggay officials. In 2004, he served as city councilor and helped in initiatives such as passing an ordinance requiring companies to have a 60% workforce of San Josenios. In 2007, he became Vice Mayor and in 2016, he began his first term as Mayor.

Now that his second term is starting, he promises his constituents that his office will always be open for any concerns.

Politiko would love to hear your views on this...
Spread the love
Tags: Kokoy Salvador, Nueva Ecija, San Jose
Disclaimer:
The comments posted on this site do not necessarily represent or reflect the views of management and owner of POLITICS.com.ph. We reserve the right to exclude comments that we deem to be inconsistent with our editorial standards.