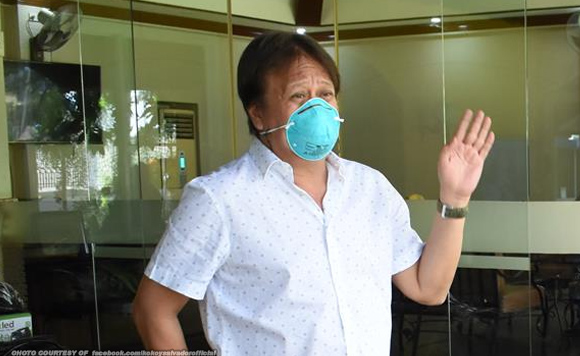 What’s remarkable is that, in the male-dominated field, the police station was able to achieve such a feat under the leadership of a woman. PLtCol Criselda de Guzman led the police station in achieving a 98.07 total percentage rating.

This Mayor Salvador believes serves as additional proof to the success of women in any field such as the dominance of female Filipina athletes in the ongoing Tokyo Olympics.

The mayor thanked the Chief and all the police force in San Jose. He even used the vernacular the youth usually say, “San Jose lang malakas!”


Politiko would love to hear your views on this...
Spread the love
Tags: female Filipina athletes, Mayor Kokoy Salvador, PLtCol Criselda de Guzman, San Jose City, Tokyo Olympics
Disclaimer:
The comments posted on this site do not necessarily represent or reflect the views of management and owner of POLITICS.com.ph. We reserve the right to exclude comments that we deem to be inconsistent with our editorial standards.