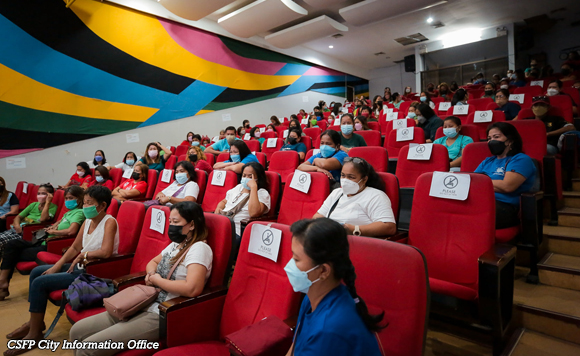 The CSWDO named four members of both national and local 4Ps as “Best Parent Leaders” and awarded them P3,000 each.

In 2015, through the leadership of San Fernando City Mayor Edwin Santiago, the local 4Ps was created to provide social assistance and development to qualified Fernandinos.

The mayor said he believes this program will help break the intergenerational poverty cycle by investing in the health and education of poor children.

Politiko would love to hear your views on this...
Spread the love
Tags: ayuda, San Fernando City
Disclaimer:
The comments posted on this site do not necessarily represent or reflect the views of management and owner of POLITICS.com.ph. We reserve the right to exclude comments that we deem to be inconsistent with our editorial standards.