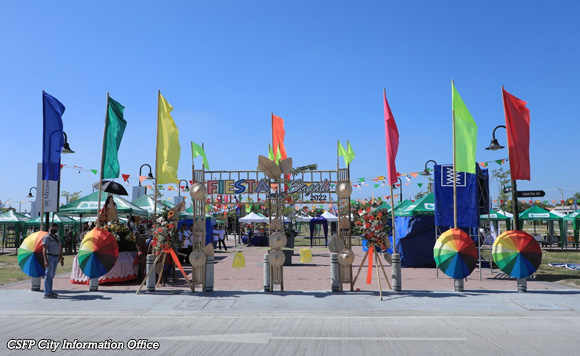 As part of the celebration of this year’s Pyestang Fernandino, the San Fernando City government organized a cleanup activity a day before the elections on May 7.

Members of Siwala, the official LGBT (lesbian, gay, bisexual, transgender) organization of the capital city, also took part in the activity organized by the City Environment and Natural Resources Office (Cenro) and Gender and Development (GAD).

The event was called “Plogging Clean up Activity: Mulayi, Maglinis at Mamisali,” in partnership with SM City San Fernando Downtown under its “Trash to Cash Recycling Market” where participants may exchange recyclable wastes for cash.

Politiko would love to hear your views on this...
Spread the love
Tags: cleanup drive, Pyestang Fernandino, San Fernando City
Disclaimer:
The comments posted on this site do not necessarily represent or reflect the views of management and owner of POLITICS.com.ph. We reserve the right to exclude comments that we deem to be inconsistent with our editorial standards.