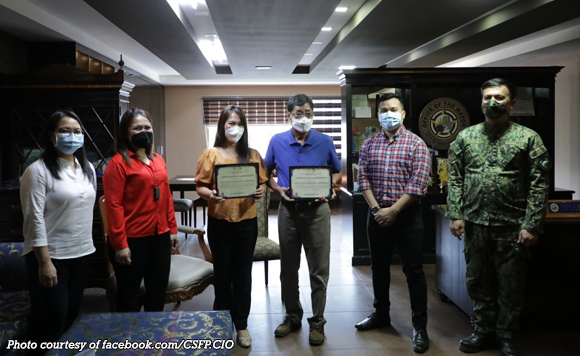 San Fernando City has been recognized for its “exemplary efforts in the performance of its duties in complementing the national government’s anti-illegal drugs campaign.”

The city government secured a “high functionality” rating from the Department of the Interior and Local Government, according to officials.

The city received a certificate of commendation from the DILG on Jan. 24 at the Heroes Hall for the feat in the 2019-2020 Anti-Drug Abuse Council Performance Regional Audit held in July-August 2021.

Politiko would love to hear your views on this...
Spread the love
Tags: San Fernando City
Disclaimer:
The comments posted on this site do not necessarily represent or reflect the views of management and owner of POLITICS.com.ph. We reserve the right to exclude comments that we deem to be inconsistent with our editorial standards.