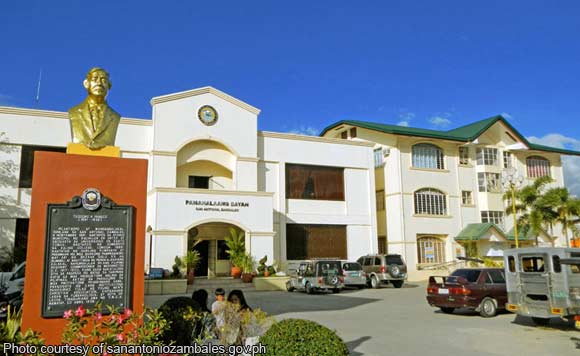 The municipality of San Antonio in Zambales in 2015 failed to optimize its use of its P10.5 million Local Disaster Risk Reduction and Management Fund (LDRRMF), of which only 13 percent or P1.36 million was utilized, state auditors said.

Auditors said although there is a provincial council resolution declaring the entire Zambales province under a state of calamity in the aftermath of Typhoon Lando, the Sangguniang Bayan failed to issue a resolution to authorize the use of such fund.

Auditors added that the appropriation for Capital Outlay and continuing appropriation amounting to P3,111,957.18 remained unused.

“Capital Outlay should have been used for the procurement of rescue equipment and supplies, rescue vehicle and rehabilitation of Dinumagat-Antipolo Retaining Wall (Phase II). Having these set of pre-disaster equipment needed to generate and disseminate timely and meaningful warning information will help mitigate disaster risk and enhance preparedness measures of the municipality,” the auditors said.

Auditors said the failure of the municipality to utilize its LDRRMF runs counter to Republic Act 10121 or the Philippine Disaster and Risk Reduction Management Act, which states that the LDRRMF should be spent on programs and activities that support pre-disaster and disaster risk management.

The law states that: “Not less than five percent (5%) of the estimated revenue from regular sources shall be set aside as the LDRRMF to support disaster risk management activities such as, but not limited to, pre- disaster preparedness programs including training, purchasing life-saving rescue equipment supplies and medicines, for post- disaster activities, and for the payment of premiums on calamity insurance.”

“The above information showed that the Municipality did not effectively monitor its LDRRMF against the programmed plans and activities in the MDRRMF Investment Plan based on the 13 percent or P1,361,480.00 utilization of the total funds available for the LDRRMF,” auditors said.

“As a result, the desired goals of reducing disaster risk and enhancing disaster preparedness and response capabilities may not be optimally achieved by the Municipality,” auditors added.

The COA urged the municipal mayor Estela Antipolo to have the Municipal Disaster Risk Reduction Officer monitor and evaluate the utilization of LDRRMF to ensure the full implementation of the pre-disaster preparedness activities.

Politiko would love to hear your views on this...
Post Views: 2
Spread the love
Tags: Commission on Audit, Local Disaster Risk Reduction and Management Fund, mayor Estela Antipolo, Municipal Disaster Risk Reduction Officer, municipality of San Antonio, Sangguniang Bayan, Typhoon Lando, Zambales
Disclaimer:
The comments posted on this site do not necessarily represent or reflect the views of management and owner of POLITICS.com.ph. We reserve the right to exclude comments that we deem to be inconsistent with our editorial standards.