Roman to parents of LGBTQI kids: ‘Love your children no matter what’ 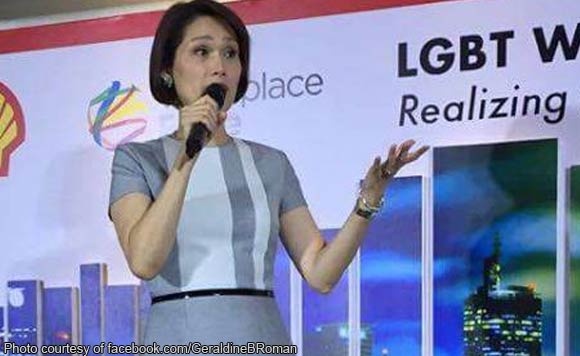 Bataan 1st District Representative Geraldine Roman has a lesson for parents out there!

The transgender politiko posted a message for parents of children who members of the lesbian, gay, bisexual, transgender, queer, and intersex (LGBTQI) community.

“To parents of LGBTQI children: Love your children no matter what!” said Roman.

She shared a video of Nathan Mathis, a father from the United States who became famous for calling out an anti-LGBTQI politician. He became an ally to honor his daughter, who killed herself at 23.

“Your love and support will spell the difference in their lives,” said Roman.

Politiko would love to hear your views on this...
Spread the love
Tags: 1st District, Bataan, bisexual, gay, lesbian, Representative Geraldine Roman, transgender
Disclaimer:
The comments posted on this site do not necessarily represent or reflect the views of management and owner of POLITICS.com.ph. We reserve the right to exclude comments that we deem to be inconsistent with our editorial standards.