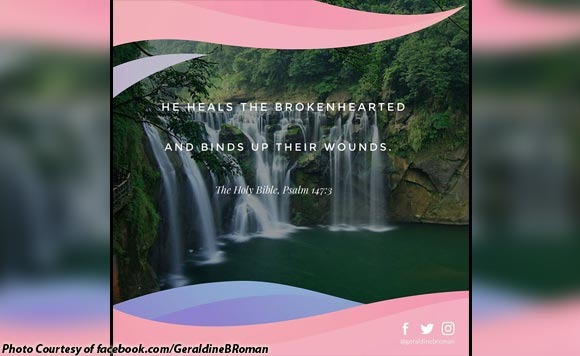 This comes after the military clashed in Marawi City with the Abu Sayyaf Group and the Maute Group, which has expressed allegiance to international terror group Islamic State.

The worsening situation in Marawi City prompted the President to declare martial law in the region.

For Roman, this is now the time to anchor on our faith.

She quoted Psalm 147:3, which says: “He heals the brokenhearted and binds up their wounds.”
God save the Philippines indeed!

Politiko would love to hear your views on this...
Spread the love
Tags: Abu Sayyaf Group, Bataan 1st District Representative, Geraldine Roman, Islamic State., Marawi City, Maute Group, Mindanao
Disclaimer:
The comments posted on this site do not necessarily represent or reflect the views of management and owner of POLITICS.com.ph. We reserve the right to exclude comments that we deem to be inconsistent with our editorial standards.