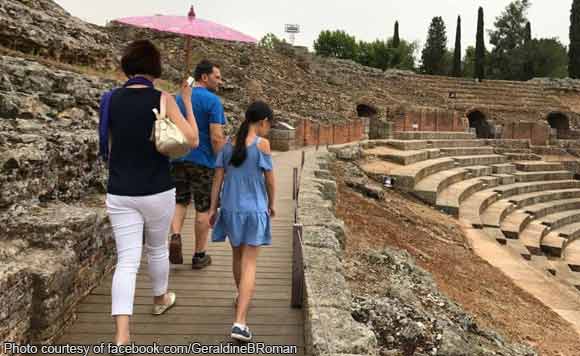 As the world celebrates the International Day of the Girl Child on October 11, Bataan 1st District Rep. Geraldine Roman had an important story to tell about an important girl her life.

It was the day her 11-year-old niece first knew about her sexuality.

On a Facebook post, the politiko narrated how she had been afraid of how her niece, who lives in the United States, would react once she knew about her being a transgender.

“ I would particularly enjoy her company because it is so heartwarming to engage in smart conversations with such a young girl…Which is why, as she grew up, I was concerned over one thing: she did not know my life story. I love her and I know she loves her Tita Geri but I was unsure how she would take it if we told her about my being a #TransgenderWoman,” said Roman.

But her niece found out about it during a summer camp in the U.S. When the girl told the other children in the camp that her aunt is a congresswoman in Bataan, they Googled it and found out the truth.

Her response, however, was priceless for Roman.

“‘So, your aunt is the first openly transgender congresswoman in the Philippines. Is that true?’ they asked her. My niece kept quiet for a while, apparently surprised by the discovery and said: ‘Well, it may be true but it doesn’t matter to me. I love her and know that she loves me…’,” she narrated.

Last month, Roman and other “equality champs” had a victory when the lower House approved third and final reading House Bill 4982, which seeks to penalize those who will be found practicing discrimination based on sexual orientation or gender identity.

Politiko would love to hear your views on this...
Post Views: 0
Spread the love
Tags: Bataan 1st District, politiko, Rep. Geraldine Roman, Tita Geri
Disclaimer:
The comments posted on this site do not necessarily represent or reflect the views of management and owner of POLITICS.com.ph. We reserve the right to exclude comments that we deem to be inconsistent with our editorial standards.