Roman seems to back VP in tweet: ‘All help should be welcome’ 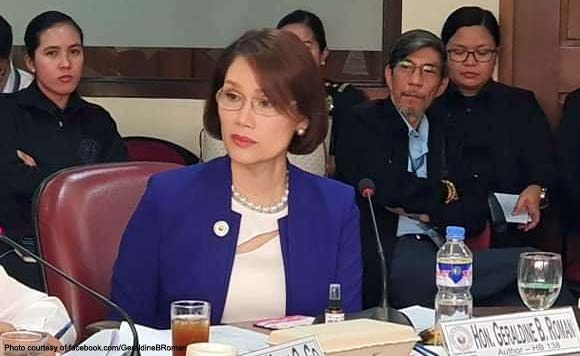 Bataan Rep. Geraldine Roman posted a tweet on Thursday that was apparently in reference to the controversy stirred by a commissioner of the Presidential Anti-Corruption Commission, who said Vice President Leni Robredo should be investigated for undermining the government’s relief effort in the Covid-19 pandemic.

“ALL help should be welcome. #Bayanihan,” was Roman’s short and sweet message.

Roman belongs to the majority coalition in the House of Representatives.

Though the congresswoman did not directly refer to any particular issue, her tweet coincided with the social media furor caused by PACC Commissioner Manuelito Luna, who said earlier that Robredo’s initiatives to help Covid-19 frontliners “compete with, or calculated to undermine” the national government’s own efforts.

In a statement, Robredo’s camp called the PACC’s move as “ridiculous, inappropriate, so out of touch.”

“She (Robredo) did this because she saw a need, and she took action to meet it. She did this because it was the right and responsible thing to do,” according to Robredo’s spokesperson Barry Gutierrez.

Robredo has also launched a free transport service and free dormitories for them around Metro Manila.

Politiko would love to hear your views on this...
Post Views: 0
Spread the love
Tags: Bataan Rep. Geraldine Roman, Bataan Rep. Geraldine Roman p, COVID-19 pandemic, Presidential Anti-Corruption Commission, Vice President Leni Robredo
Disclaimer:
The comments posted on this site do not necessarily represent or reflect the views of management and owner of POLITICS.com.ph. We reserve the right to exclude comments that we deem to be inconsistent with our editorial standards.