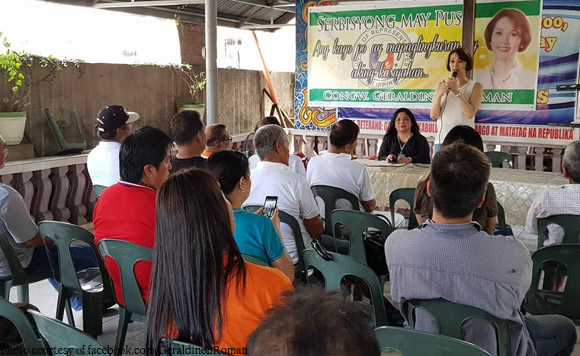 Ten organizations in Bataan receiving irrigation pumps from the local government and the National Irrigation Authority (NIA) on June 18.

Among those who joined the politiko during the event were NIA Acting Division Manager Beverly Lorenzo, Engineer Alvin David, and Mrs. Eden Garcia.

“These irrigation pumps were awarded to over ten organizations from different towns in Bataan,” said Roman.

Politiko would love to hear your views on this...
Spread the love
Tags: Alvin David, Beverly Lorenzo, Geraldine Roman, Mrs. Eden Garcia, National Irrigation Authority (NIA)
Disclaimer:
The comments posted on this site do not necessarily represent or reflect the views of management and owner of POLITICS.com.ph. We reserve the right to exclude comments that we deem to be inconsistent with our editorial standards.