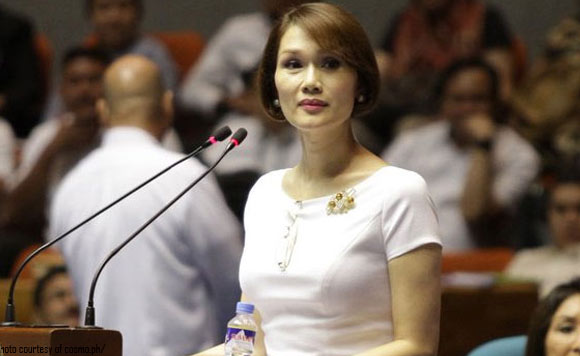 Bataan Representative Geraldine Roman hailed Tuesday the decision of the Kuwaiti court, sentencing to death the prime suspects in the murder of Joana Demafelis.

Roman said the Philippine government should ensure that the rights of the Filipino workers abroad are protected.

“The suspects in the Joanna Demafelis case have been found guilty of murder. Both have been sentenced to death in Kuwait. I thank President Duterte for his firm leadership during this difficult time,” she said.

“We must continue to press foreign governments to treat our workers with dignity and respect. We are, after all, a proud people,” Roman added.

She also extended her prayers and condolences to the Demafelis family.

“Stay brave, stay strong! The country is with you,” Roman said.

A Kuwaiti court has sentenced in absentia a Lebanese man and his Syrian wife to death by hanging over the murder of Demafelis who was found dead inside a freezer in an abandoned apartment in Kuwait in February. #

Politiko would love to hear your views on this...
Post Views: 0
Spread the love
Tags: Bataan Representative Geraldine Roman, Filipino workers, Joana Demafelis, Joanna Demafelis case, Kuwaiti court, Philippine government, President Duterte, Syrian wife
Disclaimer:
The comments posted on this site do not necessarily represent or reflect the views of management and owner of POLITICS.com.ph. We reserve the right to exclude comments that we deem to be inconsistent with our editorial standards.