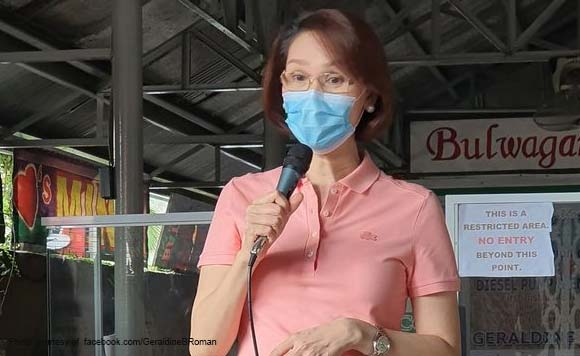 Bataan Rep. Geraldine Roman has revealed her position on the proposal to reopen the mothballed Bataan Nuclear Power Plant in her province, saying she is against it as she wants to protect her constituents from even the “slightest risk of danger.”

Over Facebook Live on Friday, the lawmaker expressed her disapproval of the proposal to operate the Bataan plant with an “angry face” emoji.

“Isa lang po akong mamamayan, and my opinion is as valid as anyone,” she added.

“It’s been more than 30 years yata na sarado, 25-30 years na di operational. In fact it was never operational,” she said.

“Bilang isang congresswoman, it’s my duty to protect the welfare of my constituents,” she said.

Politiko would love to hear your views on this...
Spread the love
Tags: Bataan, Bataan nuclear plant, Rep. Geraldine Roman
Disclaimer:
The comments posted on this site do not necessarily represent or reflect the views of management and owner of POLITICS.com.ph. We reserve the right to exclude comments that we deem to be inconsistent with our editorial standards.