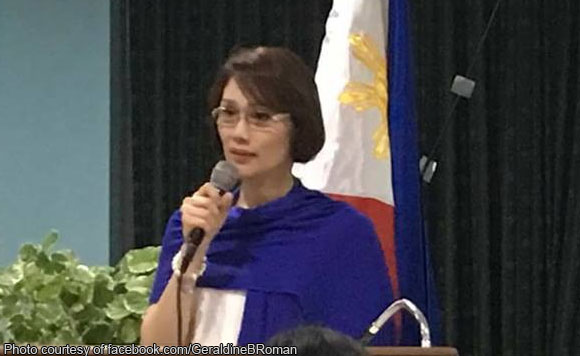 Bataan 1st District Representative Geraldine Roman condemned the terrorist attack in Barcelona, where a van driver went through a crowd, killed 13 people and injured many others.

“We are deeply saddened and outraged by the shocking news about a deadly terrorist attack in Barcelona wherein a van driver deliberately zigzagged into a crowd enjoying a sunny afternoon killing at least 13 people and leaving 80 lying bloodied on the street Our prayers and concern go to the victims of such a heinous and senseless terrorist attack,” said Roman.

The politiko described Spain as a “tolerant and peace-loving” country that is “very close” to her heart.

“Terrorism has no place in this world. We remain strong in the fight against terrorism,” said Roman.

Politiko would love to hear your views on this...
Spread the love
Tags: Barcelona, Bataan 1st District, Pilipinas, Representative Geraldine Roman
Disclaimer:
The comments posted on this site do not necessarily represent or reflect the views of management and owner of POLITICS.com.ph. We reserve the right to exclude comments that we deem to be inconsistent with our editorial standards.