Roman to critics: Anti-discrimination bill seeks equality for all genders 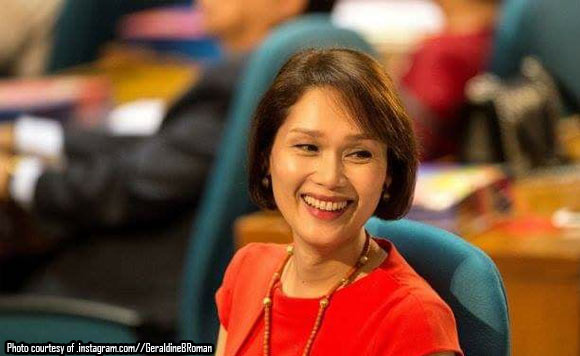 Bataan 1st District Representative Geraldine Roman set her foot down against those lobbying against the Sexual Orientation and Gender Identity or Expression (SOGIE) Equality Bill.

In a Facebook post on Wednesday, March 14, the transgender politiko said the measure is designed to end gender-based discrimination, which affects even heterosexual men and women.

“The SOGIE Equality Bill will help end gender-based discrimination in the workplace, in business and social establishments, and in the availing of government services. It will protect ALL Filipinos from being denied access to public establishments,” said Roman.

Politiko would love to hear your views on this...
Post Views: 7
Spread the love
Tags: Bataan 1st District Representative Geraldine Roman, Facebook, Filipinos, politiko, Sexual Orientation and Gender Identity or Expression (SOGIE) Equality Bill
Disclaimer:
The comments posted on this site do not necessarily represent or reflect the views of management and owner of POLITICS.com.ph. We reserve the right to exclude comments that we deem to be inconsistent with our editorial standards.