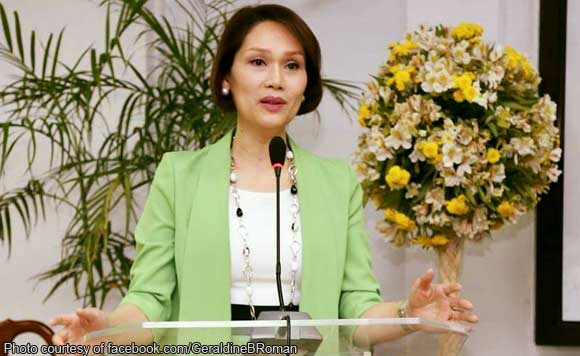 Bataan 1st District Representative Geraldine Roman has lauded the Laoag city government for banning the use of discriminatory words against the lesbians, gays, bisexuals, and transgenders (LGBT) community.

The Laoag city government recently released a memorandum prohibiting all city government employees from using derogatory terms to address, call, and describe colleagues who are members of the LGBT community.

Roman said the move will help stop discrimination against LGBTs.

“This is a giant step in the direction towards gender equality in this country. It definitely upholds the dignity of the members of the LGBT community. Labels do not define who we are,” Roman said.

Those caught violating the memorandum will be charged administratively for conduct unbecoming of a government official and employee, disrespect, and insubordination.

Roman said Laoag Mayor Chevylle Fariñas should be applauded for the bold move.

“As human beings, we are much more than our sexual orientation and gender identity,” Roman said.#

Politiko would love to hear your views on this...
Spread the love
Tags: Bataan 1st District Representative Geraldine Roman, bisexuals, derogatory terms, gays, lesbians, LGBT, The Laoag city government, transgenders
Disclaimer:
The comments posted on this site do not necessarily represent or reflect the views of management and owner of POLITICS.com.ph. We reserve the right to exclude comments that we deem to be inconsistent with our editorial standards.