Roll out the red carpet: ASEAN defense ministers to stay in Clark villas 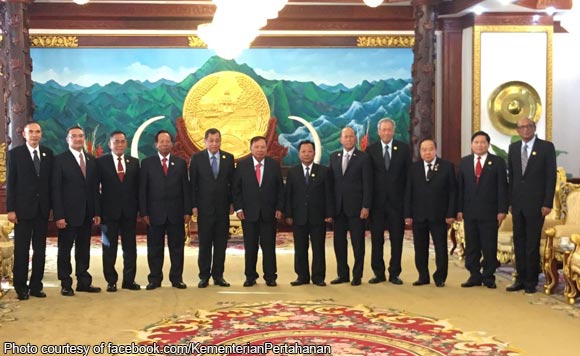 Defense ministers of the Association of the Southeast Asian Nation (ASEAN) will be the first to use the 21-Unit ASEAN Villas in Clark Freeport Zone during their meeting in October, Bases Conversion and Development Authority (BCDA) President and CEO Vivencio Dizon said.

The 21-Unit ASEAN Villas, a project of BCDA, was intended for the use of heads of states of ASEAN for the ASEAN Leaders’ Summit in November.

However, the ASEAN Leaders’ Summit will be transferred to Metro Manila from Clark, Pampanga as the available hotel rooms in Clark are not enough to accommodate the delegates attending the meeting.

BCDA approved the bidding of the development and construction of the 21-Unit ASEAN Villas last April. The contract was awarded to E.M. Cueropo, Inc. in May.

Dizon said the completion of the project is expected by mid-September.

He also mentioned that the delegates for the 11th ASEAN Defense Ministers’ Meeting will arrive through the Clark International Airport.

Dizon noted that after the ASEAN meeting, the project will be an income generating asset.

BCDA will be leasing the property to top executives and expatriates of companies within the Clark Freeport.

“The problem in Clark Freeport Zone right now is Clark practically has no housing for executives. The presidents, top executives, and expats all look for housing there,” Dizon said, adding that some of the executives are based in Metro Manila and travelling to Clark.

“So, those houses we’ll actually later on be bid out to interested parties for long-term lease,” he added.
Clark locators’ top executives were renting in Mimosa Villas in Clark, but the property is now being developed by Filinvest to build new facilities like hotels and malls.

Politiko would love to hear your views on this...
Post Views: 0
Spread the love
Tags: 21-Unit ASEAN Villas, Association of the Southeast Asian Nation (ASEAN), Bases Conversion and Development Authority (BCDA), Clark, Clark Freeport Zone, Metro Manila, Pampanga, Vivencio Dizon
Disclaimer:
The comments posted on this site do not necessarily represent or reflect the views of management and owner of POLITICS.com.ph. We reserve the right to exclude comments that we deem to be inconsistent with our editorial standards.