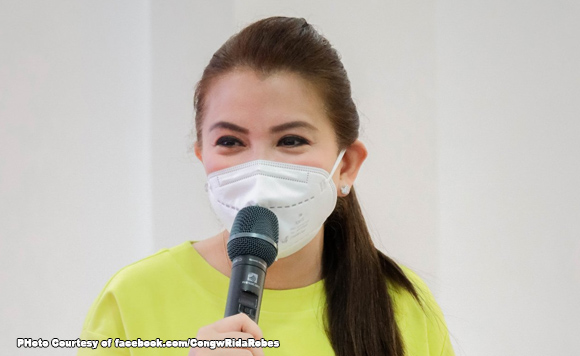 San Jose del Monte City Rep. Florida Robes is proud that her city and the province of Bulacan have delivered votes for President-elect Ferdinand Marcos Jr., and Vice President-elect Sara Duterte last May 9, 2022.

“We are very happy that we were able to deliver an overwhelming win for our president-elect and our vice president-elect in our city of San Jose Del Monte and our province. But we would not have done it without our mayors, vice mayors and our parallel groups who went the extra mile to campaign for our candidates,” said Robes in a statement.

In San Jose del Monte City, Marcos obtained more than 65% of the votes cast for president garnering 143,923 votes while his closest rival Vice President Leni Robredo got only more than 52,681 votes.

Duterte got more than 61% of the total votes cast for the vice president garnering 134,092 votes while Senator Tito Sotto received only 43,213 votes.

Last April, Robes predicted that Marcos and Duterte would win overwhelmingly in her city. Robes also won via landslide for a third term in the House of Representatives.

For Bulacan province, Marcos had more than 60% of the votes garnering a total of 1,040,157 votes. Robes said this is the first time a presidential candidate obtained more than a million votes in Bulacan.

Duterte, on the other hand, obtained 881,722 votes or 51.5% of the total votes cast for vice president in the province of Bulacan.

Robes expressed full support to Marcos and vowed to do her part in pushing for the administration’s legislative agenda.

“I know he will do well for the country and I will pray for him. I know he will do good because he has a good heart and I will be here to support his legislative measures to help our country recover and bring a more inclusive and sustainable future for every Filipino,” Robes added.