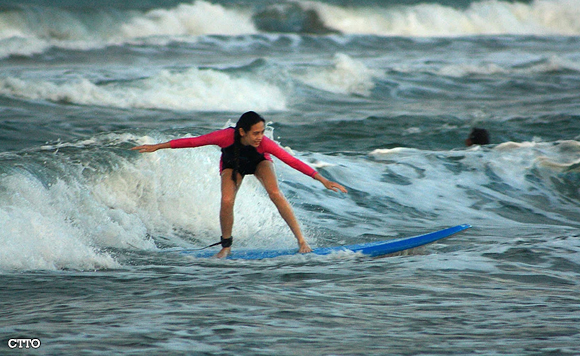 The House of Representatives has approved a measure seeking to recognize Baler, Aurora as the birthplace of Philippine surfing and declaring it an ecotourism destination.

With 179 affirmative, no negative and six abstention, House Bill 8945 was approved on third and final reading.

Upon the enactment of the measure, the Department of Tourism in coordination with the Department of Environment and Natural Resources (DENR) and other concerned agencies will prepare a tourism development plan that shall include the construction, installation and maintenance of facilities and infrastructure to promote the beaches and surfing activities in the area.

Aurora Rep. Rommel Rico Angara, author of the measure said that surfing was introduced in Baler in the early 70’s, even before the crew of the 1979 film Apocalypse Now arrived in Baler.

The actors abandoned their surfboards after shooting the film and were used by the locals to further harness the skill.

In 1977, a documentary entitles Explore the Amazing Land of the Philippines-True Adventure Documentary, two foreigners from Surfer Magazine specifically went to Baler, Aurora in their search for a beach that could hold a surfing competition.

While riding the waves of Baler, the two foreigners taught a local named Rey to surf.

Politiko would love to hear your views on this...
Spread the love
Tags: Aurora, House of Representatives, surfing
Disclaimer:
The comments posted on this site do not necessarily represent or reflect the views of management and owner of POLITICS.com.ph. We reserve the right to exclude comments that we deem to be inconsistent with our editorial standards.