Rescuers save 9 students stranded in Mount Natib in Bataan 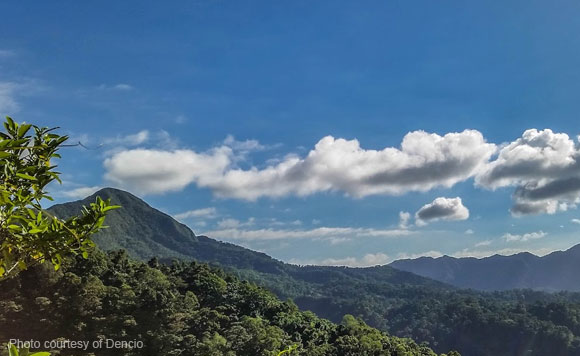 Authorities have rescued nine students from Bulacan State University who were stranded in Mount Natib in Bataan, military said Sunday.

The students were hiking in Mount Natib, Barangay Tala in Orani town when they were stranded at the forested area due to heavy rains and flooding brought about by tropical storm “Domeng.”

Nolcom, which received the report at 12:00 midnight Friday, June 8, relayed the incident to the 48th Infantry Battalion (IB) under the Joint Task Force Kaugnay.

Troops were immediately deployed for the conduct of humanitarian assistance and disaster response (HADR) operations.

HADR of the 48th IB, accompanied by members of Orani police and Metropolitan Bataan Development Authority personnel, was dispatched for the search and rescue operation.

The students who were safely rescued Saturday, June 9, were brought to Tala Patrol Base in Barangay Tala for medical assistance and initial debriefing.

Politiko would love to hear your views on this...
Spread the love
Tags: Arjan Eteban, Barangay Tala, Carlo Fuentez, Federico Odiada, Ian Carlo, Jeffrey Culilap, Jovito Bacay Jr., Leomart Mangawan, Mount Natib, Orani town, Quirino Santiago, Reniel Calooy
Disclaimer:
The comments posted on this site do not necessarily represent or reflect the views of management and owner of POLITICS.com.ph. We reserve the right to exclude comments that we deem to be inconsistent with our editorial standards.