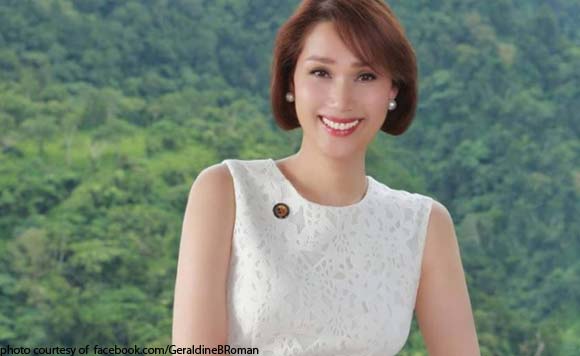 Bataan Representative Geraldine Roman made history on the 2016 elections as the first transgender politician to be elected in the Philippines.

A daughter of former politicians, the scene was not new to neophyte Roman that time. This year, she decided to run again for another chance to represent her district in congress despite clamor for her to join the senate. And just yesterday, she was declared the winner against candidate Emy Lubag.

Politiko would love to hear your views on this...
Post Views: 3
Spread the love
Tags: 2016 elections, Bataan Representative, elected, first transgender, made history, Philippines, politician
Disclaimer:
The comments posted on this site do not necessarily represent or reflect the views of management and owner of POLITICS.com.ph. We reserve the right to exclude comments that we deem to be inconsistent with our editorial standards.