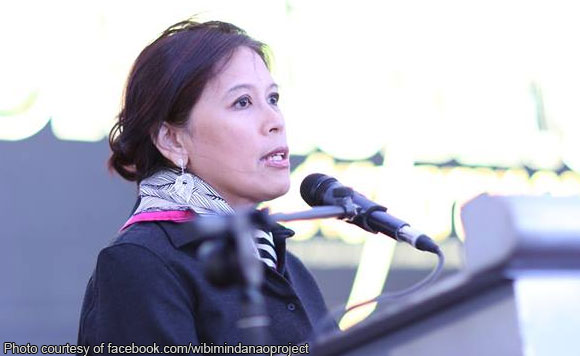 Nueva Ecija 3rd District Rep. Rosanna V. Vergara has sought for the filing of appropriate charges against government officials who were responsible for the alleged anomalies in the quarrying activities in her province.

This was after the House committee on good government and public accountability terminated its deliberations pursuant to House Resolution (HR) 1505, seeking an inquiry, in aid of legislation, into quarrying activities in Nueva Ecija and in other parts of the country.

The resolution calls for an investigation on the alleged corruption and irregularities in the imposition, collection, and distribution of taxes and fees on the quarrying operations in Nueva Ecija, as well as in Cebu, Marinduque and Negros Oriental.

Vergara, one of the authors of HR 1505, urged the panel to recommend to the Ombudsman the filing of the appropriate criminal and administrative charges against the responsible provincial government officials for their malfeasance and misfeasance.

She said the progression of the inquiry had led to the discovery of other anomalies in the investigation of quarry operations in Nueva Ecija.

These include the blatant disregard of the system of checks and balances put in place by the Philippine Mining Act of 1995 and its implementing rules and regulations by relegating the Provincial Mining Regulatory Board (PMRB) as a useless regulatory body, she said.

“The brazen violations of our environmental laws by the provincial government when they, without any legal basis, required quarry operators to secure another tool for corruption – ‘local ECCs (environmental compliance certificates)’ in lieu of the ECC issued by the DENR (Department of Environment and Natural Resources),” said Vergara.

She also cited the provincial government’s alleged violations of the provisions of its own Revenue Code as regards the submission of hauling slips and production reports and the timely and orderly distribution of quarry tax shares of the local government units (LGUs).

Vergara proposed the review of the relevant provisions of the Local Government Code, the Philippine Mining Act of 1995 and the relevant rules and regulations to ensure that the quarry operations will be carried out with proper and adequate system of checks and balances.

Politiko would love to hear your views on this...
Spread the love
Tags: Cebu, environmental compliance certificates, House Resolution, Marinduque, Negros Oriental, Nueva Ecija 3rd District, Philippine Mining Act of 1995, provisions of the Local Government Code, Rep. Rosanna V. Vergara
Disclaimer:
The comments posted on this site do not necessarily represent or reflect the views of management and owner of POLITICS.com.ph. We reserve the right to exclude comments that we deem to be inconsistent with our editorial standards.