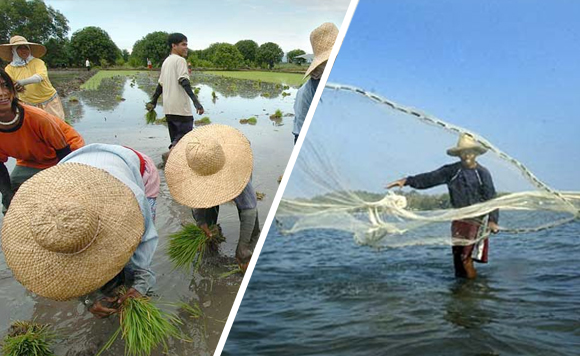 To ensure their economic well-being, farmers and fisherfolks from Tarlac City’s 62 villages will start undergo training on farming and fishing training.

This is aside the hybrid rice plants farmers will start receiving soon.

“Agriculture is the priority of my administration brcause it is the source of livehood by majority of the Tarlaqueños. We are doing all-out efforts to give them additional support,” Mayor Cristy Angeles said.

Earlier, Tarlac City agriculturist Susan Concepcion said some P5.3 million worth of farm inputs and machineries were already distributed to the farmers under the Bottom-up Budgeting Program of the Department of Agriculture and Department of Interior and Local Government.

Among those received by the farmers from the different villages here were four rice reapers, 15 shallow tube wells, 40 veggie noodles-making machines, 13 tinapa-making smoke houses and one packing machine.

Concepcion said that seminars and training on goat raising and smoked fish making were also conducted.

Politiko would love to hear your views on this...
Spread the love
Tags: agriculturist Susan Concepcion, Department of Agriculture, Department of Interior and Local Government), farmers, fisherfolks, Mayor Cristy Angeles, Tarlac City
Disclaimer:
The comments posted on this site do not necessarily represent or reflect the views of management and owner of POLITICS.com.ph. We reserve the right to exclude comments that we deem to be inconsistent with our editorial standards.