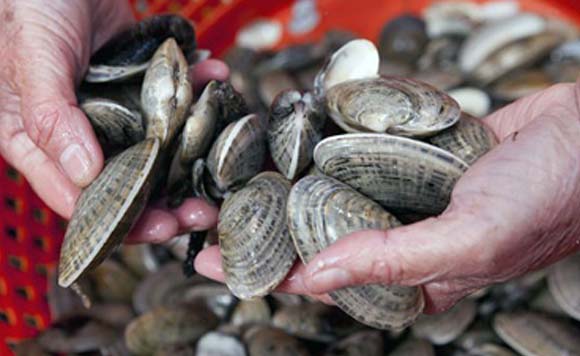 Eating shellfish caught in the coastal waters of Bataan province is banned for the time being due to red tide, the Bureau of Fisheries and Aquatic Resources (BFAR) said in an advisory on Monday.

“The public is advised to refrain from eating, gathering or harvesting, transporting and marketing shellfish from the coastal waters of Bataan until such time that the toxicity level has gone below the regulatory limit,” BFAR officer-in-charge Juan Albaladejo said in the advisory.

Fish harvested in those areas are safe for human consumption provided they are fresh and washed thoroughly and their internal organs such as gills and intestines are removed before cooking, BFAR said.

Officials said BFAR and the Bataan local government would continue monitoring the affected areas to safeguard public health and protect the fishery industry.

Politiko would love to hear your views on this...
Post Views: 1
Spread the love
Tags: Bataan, Bureau of Fisheries and Aquatic Resources (BFAR), red tide, shellfish
Disclaimer:
The comments posted on this site do not necessarily represent or reflect the views of management and owner of POLITICS.com.ph. We reserve the right to exclude comments that we deem to be inconsistent with our editorial standards.