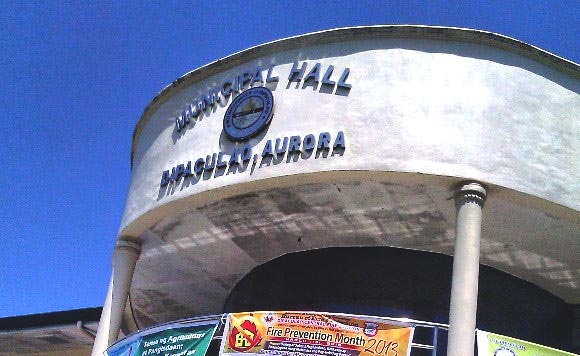 An official in the municipality of Dipaculao has triggered panic in Aurora province after he allegedly broke health protocols by visiting a Nueva Ecija town with known Covid-19 cases several times and then went back to his official duties without going on self-quarantine.

As a result, at least nine people including the official’s close contacts have tested positive for the virus, prompting local officials to track down 11 other close contacts and locking down the affected barangay.

Some 245 individuals were ordered to stay at home or 14 days while 35 will be quarantined in LGU facilities, Dipaculao officials said.

But the new confirmed cases were not yet reflected in the Department of Health’s tally for Aurora, which still showed three cases as of October 13.

Aurora Governor Gerardo Noveras, in an October 13 address, said the official, whom he did not name, left the province several times allegedly to visit family in a Nueva Ecija town with Covid-19 cases. The official even went to a “salo-salo” in the house he was visiting.

Noveras said the official, upon returning to Dipaculao, did not go on self-quarantine and instead continued performing his duties and visited barangays.

The governor said the official showed recklessness and lack of discipline and put many lives at risk because of his actions.

The Dipaculao LGU ordered total lockdown and a liquor ban in Barangay South Poblacion, where the patients who tested positive are residing, according to officials.

The barangay chair also ordered a stoppage of operations of tricycle drivers to help contain the spread of the virus.

Politiko would love to hear your views on this...
Spread the love
Tags: Aurora province, Covid-19, Dipaculao
Disclaimer:
The comments posted on this site do not necessarily represent or reflect the views of management and owner of POLITICS.com.ph. We reserve the right to exclude comments that we deem to be inconsistent with our editorial standards.