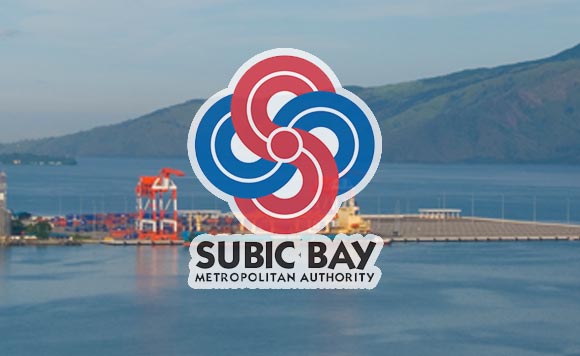 The Subic Bay Metropolitan Authority (SBMA) threw its full support to the government’s anti-smuggling campaign by signing a cooperation agreement with the Bureau of Customs (BOC) to improve the latter’s capability in flushing out illegal activities in the Port of Subic.

SBMA chairperson and administrator Wilma T. Eisma signed an accord Friday with Customs Commissioner Isidro Lapeña for the construction of a new building here to house the Port of Subic’s BOC office, as well as a training facility for the proposed Customs Academy.

The Philippines is reportedly one the few remaining countries in the world that lacked an official school for its Customs personnel.

“We’re a hundred percent in support of this project because we are aware of what this means to the Philippine economy, to law enforcement, as well as to the local industries and image of the Subic Bay Freeport as a center of commerce,” Eisma said.

“Smuggling bleeds the economy dry, and everything we have been building in Subic all these years would come to naught if illegal activities like this were not stopped,” she added.

Eisma pointed out that the SBMA, particularly its Law Enforcement Department, has been working closely with the BOC in combatting smuggling.

Last December, SBMA law enforcers foiled an attempt to bring out of the Subic Freeport some PHP40-million worth of expensive liquors. The agency’s Seaport Department also blacklisted brokers found to be involved in that smuggling operation, Eisma said.

Eisma and Lapeña, along with Port of Subic District Collector Fidel Villanueva and Philippine International Trading Corp. President and CEO Dave Almarinez, also inspected on Friday three shipments that were seized by the Subic BOC for various violations of customs laws.

The first shipment involved a 10×20 container van of Thailand white rice with an estimated value of PHP10 million that lacked the required import permit from the National Food Administration.

Lapeña said the supposed consignee, the Philippine International Trading Corp. (PITC), which is the trading arm of the Department of Trade and Industry (DTI), had denied ownership of the said shipment through its president, Dave Almarinez.

The Subic BOC also confiscated 18 units of Vespa scooters from Italy, a part of a 112-unit shipment worth PHP30 million, which were seized for gross undervaluation and falsification of import documents.

Lapeña said the undervaluation resulted in a discrepancy of more than 70 percent of the duties and taxes due thereon.

The third shipment consisted of 8,865 bottles of expensive liquors and spirits that the SBMA turned over to the BOC after seizure in late December.

Lapeña said the liquors were initially admitted into the Subic Bay Freeport for storage and eventual re-exportation, but were boarded in a close van in an attempt to smuggle them out of Subic to avoid payment of duties and taxes.

Meanwhile, the SBMA and the BOC recognized the top 10 companies in the Subic Bay Freeport that contributed the most revenue to the Port of Subic last year.

“These are two side of the same coin. We seize contraband to deter smuggling, but we also praise those who follow the law and help us grow the Subic economy,” Eisma said.

Politiko would love to hear your views on this...
Spread the love
Tags: Bureau of Customs, CEO Dave Almarinez, Customs Commissioner Isidro Lapeña, Department of Trade and Industry, Murami Subic Trading Corp., Philippine International Trading Corp., Port of Subic, Port of Subic District Collector Fidel Villanueva, Subic Bay Metropolitan Authority, Subic Freeport, Thailand, Wilma T. Eisma
Disclaimer:
The comments posted on this site do not necessarily represent or reflect the views of management and owner of POLITICS.com.ph. We reserve the right to exclude comments that we deem to be inconsistent with our editorial standards.