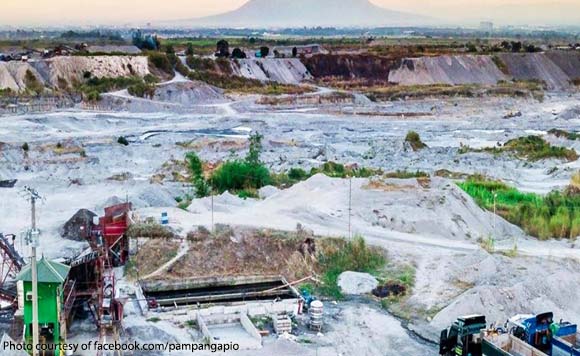 Collections from quarrying at Mt. Pinatubo reached a record P1.036 billion in the first 19 months of the administration of Pampanga Governor Dennis Pineda, according to the Pampanga public information office.

The fees and taxes collected include P150 for sand tax, P250 for administrative fee, P30 for weighing scale fee, sand and gravel permit, motor vehicle and heavy equipment accreditation, including fines and penalties.

For transparency, the number of booklets of quarry receipts are inventoried and recorded, officials said.

By month, the highest collection was made last February, which grossed P72.8 million

“The amount we collected proved that the monitoring and collecting system we put in place is efficient. Taxing according to actual volume hauled is right. This also showed that quarry operators and haulers are also cooperating with our policies,” Pineda said.

The governor thanked quarry associations for policing their own ranks. He also expressed his gratitude to the provincial treasurer’s office that collects the taxes and fees at the capitol and not in checkpoints.

Politiko would love to hear your views on this...
Post Views: 34
Spread the love
Tags: lockdown, Mt. Pinatubo, Pampanga
Disclaimer:
The comments posted on this site do not necessarily represent or reflect the views of management and owner of POLITICS.com.ph. We reserve the right to exclude comments that we deem to be inconsistent with our editorial standards.