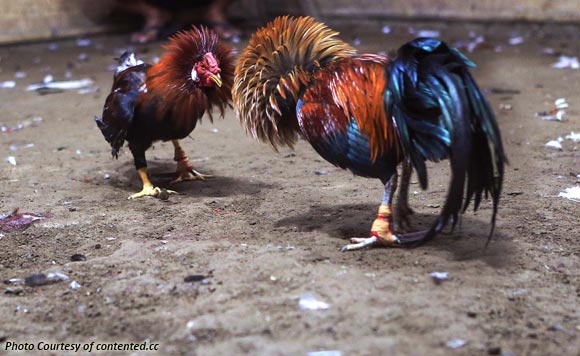 San Fernando City Mayor Edwin Santiago said the ban on “sabong” or cockfighting in the city has been lifted.

This comes after the Department of Agriculture said the bird flu outbreak in the province has been contained.

“This just shows that the operation of poultry industry in the province is back to normal, including the cockfights,” Santiago said.

Cockfights in San Fernando were banned for two weeks in August to prevent the spread of the bird flu virus.

“It was a good thing that we were able to stump out the virus. And the assurance of President Duterte is a big thing for the poultry industry and we are very thankful to him for that,” he said.#

Politiko would love to hear your views on this...
Post Views: 0
Spread the love
Tags: bird flu outbreak, bird flu virus, cockfighting, Department of Agriculture, Mayor Edwin Santiago, Mayor Santiago, President Duterte, San Fernando City
Disclaimer:
The comments posted on this site do not necessarily represent or reflect the views of management and owner of POLITICS.com.ph. We reserve the right to exclude comments that we deem to be inconsistent with our editorial standards.