PSA expects more jobs to be created in Central Luzon 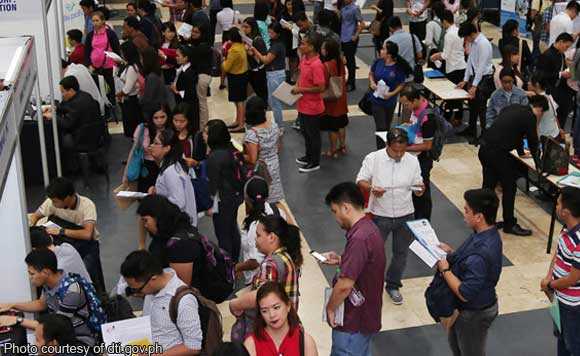 Employment rate in Central Luzon hit 93.4 percent in 2017, slightly lower than the target 93.7 percent set for the year, according to the Philippine Statistics Authority (PSA).

But Region 3 PSA expressed optimism that the region’s employment rate would improve in the medium-term until 2022, with the implementation of major infrastructure projects under Build, Build, Build program of the government.

It cited the ongoing development of the 9,450-hectare New Clark City where national government offices will be transferred.

The Department of Transportation has already transferred it main office to Clark.

PSA also noted that the construction of the 20,000–seater athletics stadium and 2,000-seater aquatics center already started in the New Clark City.

The agency also expects the construction of the Manila-Clark railway project to provide additional jobs to the residents.

Politiko would love to hear your views on this...
Spread the love
Tags: Central Luzon, Department of Transportation, New Clark City, Philippine Statistics Authority
Disclaimer:
The comments posted on this site do not necessarily represent or reflect the views of management and owner of POLITICS.com.ph. We reserve the right to exclude comments that we deem to be inconsistent with our editorial standards.