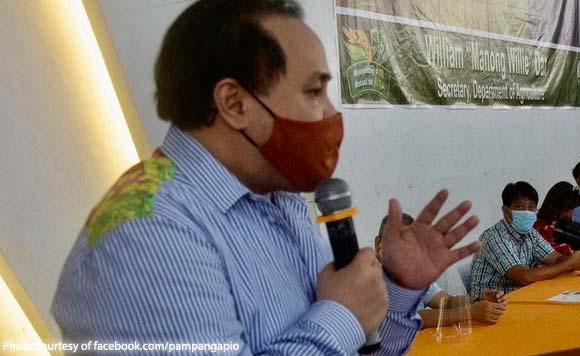 Pampanga Governor Dennis Pineda on Wednesday said the dispute between quarry truckers who barricaded a portion of the North Luzon Expressway (NLEX) and NLEX Corp. and government agencies had been peacefully resolved.

He said the protesting truckers pledged to return to work after reaching an agreement with NLEX Corp., the Land Transportation Agency and the Department of Public Works and Highways.

On November 7, Pineda interceded to put a stop to the standoff after haulers of Mt. Pinatubo sand and gravel barricaded nine NLEX toll gates with 150 trucks on Saturday morning, according to reports.

Politiko would love to hear your views on this...
Post Views: 13
Spread the love
Tags: Governor Dennis Pineda, North Luzon Expressway, Pampanga truckers
Disclaimer:
The comments posted on this site do not necessarily represent or reflect the views of management and owner of POLITICS.com.ph. We reserve the right to exclude comments that we deem to be inconsistent with our editorial standards.